The company PARKING TIM Ltd. has received a letter of thanks for their sponsorship of the event Picokijada 2013 and of the association „Bagrem“ Đurđevac 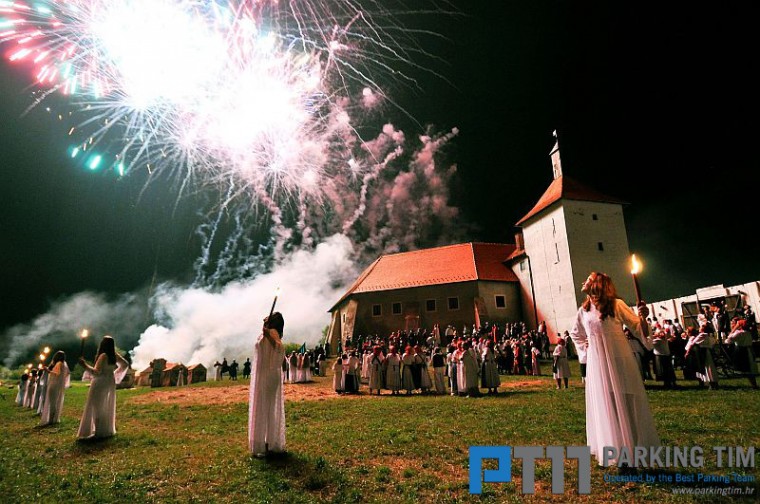 Picokijada is the oldest tourist event of continental Croatia, and it has taken place every year since 1968. It is based on two main factors, the Old Town Đurđevac and the Legend of Picoki.

The Legend of Picoki is a play written in 1968 by two teachers from Đurđevac,  professors Vlasta Tompak and Martin Mihaldinec, and directed by Pavle Mihajlović, amateur theatre director..

The central event of the Picokijada is the performance of the „Legend of Picoki“ in the open, around the Old Town fort, in which hundreds of extras and amateur actors (from Croatia, Slovakia, Hungary and other neighbouring countries) are engaged. For many years the play has been performed in the Kajkavian dialect according to a script written by Vid Balog and directed by Krešimir Dolenčić.

The usual supporting programs, apart from the central representation of the siege, include various art exhibitions, including the permanent collection of the donation by Ivan Lacković Croata in the Old Town Đurđevac Gallery, book promotions and literary events, as well as theatre plays and concerts. Likewise, the program regularly includes an entertainment part consisting of popular music and folklore performances and a sports section: football, tennis, cycling, volleyball, fishing and hunting competitions. Through various ethnological exhibitions and folklore events the ethnological heritage is also presented, and there is also a gastronomical part of the program which includes presentations of traditional confectionery and various gastronomical competitions.  Traditional cakes are also prepared with home-made ingredients: flour, chicory or honey.

The company PARKING TIM Ltd. has received a letter of thanks for their sponsorship of the event Picokijada  2013 and the association of beekepers „Bagrem“ Đurđevac.